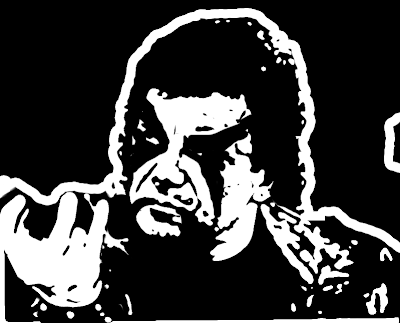 *** Breaking News! ***
The Bang Your Head or I'll Rip it Off newsroom has just received word that William Shatner (not to be confused with SHAT) is conspiring to record a pseudo heavy metal space themed album entitled "Seeking Major Tom". Songs that reportedly will be included are Black Sabbath’s "Iron Man", Queen's "Bohemian Rhapsody", David Bowie’s "Space Oddity", Foo Fighters "Learn To Fly", and Thomas Dolby’s "She Blinded Me With Science". All of these tunes are rip roaring, head banging metal, to the extreme! I am crossing my fingers for covers of Sodom's "Let's Fight in the Darkness of Hell", and Bathory's "Raise the Dead". Pseudo heavy metal stars to accompany Shatner may include, Peter Frampton, Bootsy Collins, Steve Howe of Yes, Mike Inez, Brian May, Zakk Wylde, and Cronos from Venom.
This isn't Shatner's first foray into the fringes of metal. I'm sure that we all remember his role in the fine film "The Devil's Rain", also starring John Travolta, Ernest Borgnine (as the Devil) and Anton Lavey. A must-see film for any fan of metal. 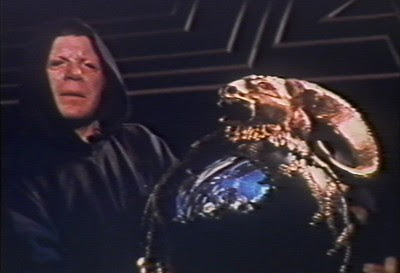 William Shatner, servant of the Devil!

This will not be his first musical release, or course. In 1968, Shatner released his debut LP "The Transformed Man" to the delight of all. 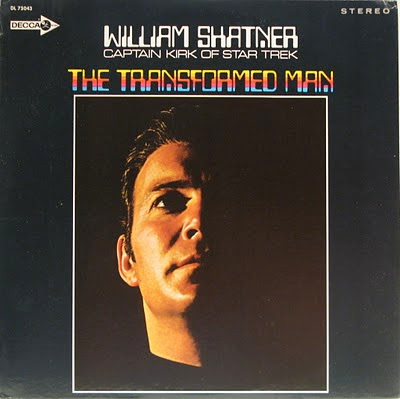 He also performed a spaced out version of Elton John's Rocket Man...

Shatner's one time partner Leonard Nemoy (aka Spock) released music of his own as well, but even more hippied out, and leaning toward what would later be known as "Hobbit Rock"

Here's a scene of Spock Jamming with the space hippies on Star Trek. 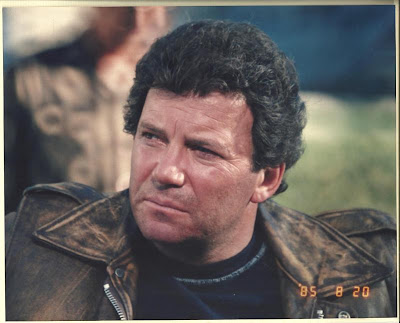 Check out our related article on Pat Boone's heavy metal adventure!
Posted by BILLONEY! at 2:03 PM