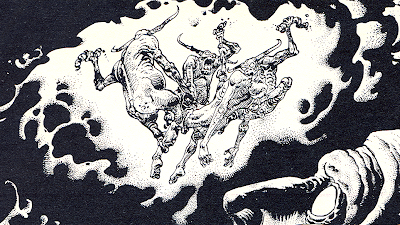 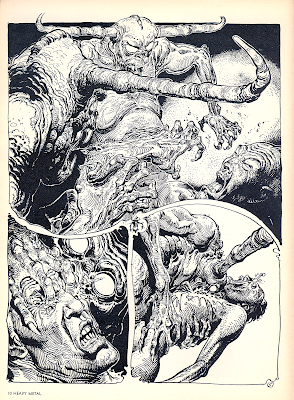 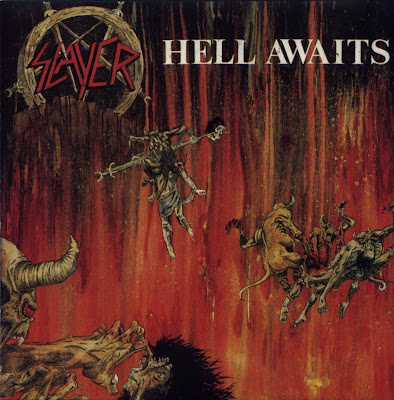 Somehow, I made the connection between Approaching Centauri by Jean Giraud, aka Moebius, featured in the July 1977 number 4 issue of the fantasy illustration magazine entitled Heavy Metal, and the cover artwork of the Metal Blade Records musical recording of the band Slayer's 1985 release, Hell Awaits! Wikipedia credits Albert Cuellar as the LPs artist.

I wonder what the back-story is with this? I mean did Albert Cuellar just say to himself "fuck it! No ones gunna figure this out, and if they do, they will probably only write about it like twenty five years from now, on some obscure computer based electric fanzine that hasn't even been invented yet, and even then, only the nerdiest of metalheads will even read it". Or maybe he and/or Metal Blade legitimately paid to use the images.

Download the PDF of Approaching Centauri Art by Moebius, written by Philippe Druillet.
Posted by BILLONEY! at 5:30 PM