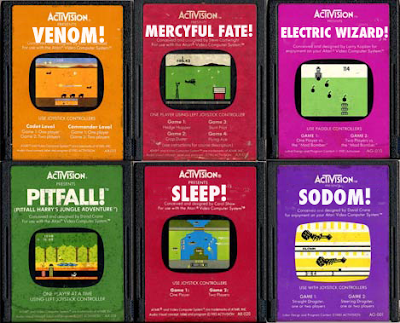 It's been a while since I've checked out the 8-bit metal scene, and I found some real doozies! Now, I know that a lot of people will "poo-poo" these versions, saying that they are just a novelty, and don't carry the "raw EMOtion" that the humans are so good at expressing. I say that these people are posers, because some of these rock EVEN HARDER than the original, and with robotic perfection to boot! The computer brain is not all liquored-up and/or stoned out of it's skull, the way that most of our favorite performers are! The heavy metal robotic revolution WILL be blogersized! All humans, report to the obliteration zone to be annihilated!