The Judas Priest Boys, the Slayer Mob and the Metallica Gang. 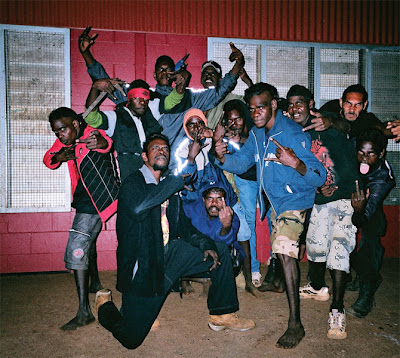 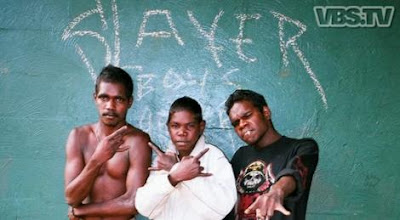 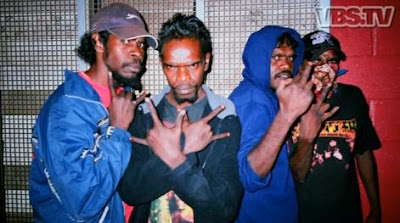 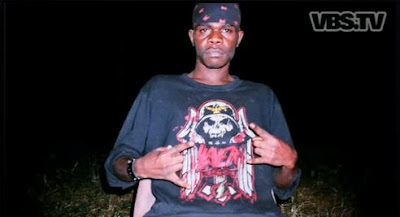 Gang violence has turned the remote Aboriginal community of Wadeye, Australia into a war zone
"Scores of Aborigines have fled their homes and are living in squalid refugee-like camps as two rival gangs, the Evil Warriors and the Judas Priests, fight for control of the Northern Territory's largest black town.

Even the gang leaders have voiced concern. "Somebody's going to die," said Gregory Narndu, 32, a leader of the Evil Warriors. "What can we do? That other mob attacks us with rocks, boulders, spears and anything else they can get hold of."

The rioters have caused more than $450,000 worth of damage to houses and other property."


Related: Global Metal Documentary
Posted by BILLONEY! at 9:18 AM